The "One Divides into Two" Controversy (一分为二) 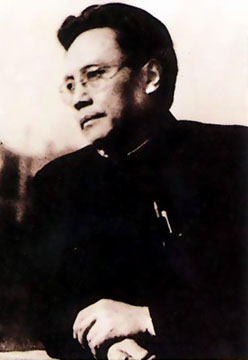 Ai Hengwu and Lin Qingshan, "'Dividing one into two' and 'Combining two into one' --Some realization gained in the study of Chairman Mao's thought in materialistic dialectics," Guangming Ribao, May 29, 1964.

Pan Xiaoyuan, "'Dividing one into two' and 'Combining two into one' are two inseperable aspects of the law of contradiction," Guangming Ribao, June 19, 1964.

Wang Zhong and Guo Peiheng, "Discussing the Question of 'Combination of Two into One' with Comrade Yang Xianzhen, Renmin Ribao, July 17, 1964.

Pan Xiaoyuan, "The Law of Contradiction Should be a Dialectical Unity of 'Dividing One into Two' and 'Uniting Two into One'," Xin Jianshe, No. 7, July 20, 1964.

Qi Zhenhai, "Whatever the thing, it is always a case of dividing one into two and not combining two into one," Renmin Ribao, August 5, 1964.

"A Brief Introduction to the Discussions on the Question of 'Dividing one into two' and 'Uniting two into one'," Nanfan Ribao, August 26, 1964.

"A New Polemic on the Philosophical Front," Beijing Review, September 11, 1964.

"A New Polemic on the Philosophical Front," (Chinese).

Sai Fuding and others, " Persist in the class origin of Marxist philosophy, oppose the theory of class reconciliation," Renmin Ribao, September 20, 1964.

Li Wenbo, "Comments on Comrade Yang Xianzhen's Fallacious Theory of the Economic Base and its Superstructure," Renmin Ribao, November 9, 1964.

Gao Dasheng and Feng Youzhang , "Refute the 'Combine two into one' theory over the contradiction between redness and proficiency," Beijing Ribao, November 15, 1964.

Wang Shengtang, "Dividing One into Two is the Ideological Weapon for Revolutionizing Production." Hongqi, December 22, 1964.

Huang Xueshi, "The reactionary nature of the theory of 'Combining two into one' as seen from class struggle in the countryside," Hongqi, December 22, 1964.

Wang Qingfang, "Continual Progress is Possible Only by Dividing One into Two," Dagong Bao, January 24, 1965.

Shen Suzhuan, "The Development of Things is a Process of One Dividing into Two," Dagong Bao, January 24, 1965.

Ai Siqi, "Surreptitious Substitution of Theory of Reconciliation of Contradictions and Classes for Revolutionary Dialectics Must Not Be Permitted," Renmin Ribao, May 20, 1965.

Shi Hongbing, "Thoroughly Reckon with Hou Wailu for his Crime of Advocating the Theory of 'Combining Two into One'," Guangming Ribao, March 31, 1967.

"Theory of 'Combine Two into One' is a Reactionary Philosophy for Restoring Capitalism," Beijing Review, April 23, 1971.

Back to the marxistphilosophy.org Home Page